Texas Chemical Plant Fire Being Allowed to Burn Out 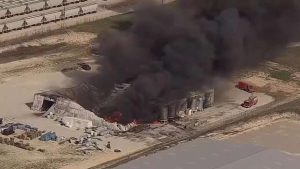 Firefighters indicated they plan to let a chemical plant fire burn itself out near the north Texas town of Cresson before beginning any search for a worker missing since last Thursday’s explosion.

Bob Cornett is the Mayor and also Assistant Fire Chief in the town about 25 miles southwest of Fort Worth. He said conditions are “just too hot” and “just too dangerous” at the 15,000-square-foot Tri-Chem Industries plant.

He also indicated the massive explosion and fire might have been caused by a worker dragging his foot along the floor while chemicals were mixed. He said static electricity could have sparked the fire.  Cornett also indicated workers in the plant were required to wear special shoes to reduce static discharge.

Security personnel are on scene to make sure no one enters the plant that was the site of an explosion that apparently killed Dylan Mitchell, 27 and injured two others. One of the workers was critically burned. 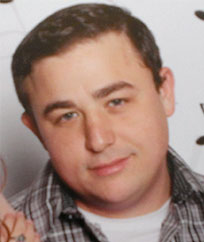 Mitchell was believe to have been inside the plant located along Texas 171 when something caused the explosion. The subsequent fire consumed the entire building.

It was reported about a dozen people worked at the plant that opened nearly one year ago. The Texas Center on Environmental Quality is assisting with the investigation along with the EPA.

Investigators say the burning chemicals were toxic and resulted in firefighters backing off from their initial attack on the fire. Tri-Chem mixes chemicals used mostly by the oil and gas industry in drilling disposal wells.

The identity of the specific chemicals were not released by the state.  The explosion came five years after a fertilizer plant explosion in the I-35 town of West, Texas left 15 dead. At the time, then-Attorney General Greg Abbott ruled state agencies would keep such information from the public because of what he called “ongoing terroristic activity.”