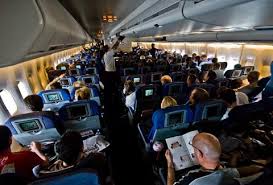 The criticism of EPA Administrator Scott Pruitt’s first class travels has caught up with him and he says he will now fly ‘coach’ on his very next flight.

Here’s how Pruitt, the former Oklahoma Attorney General put it.

“There’s a change coming, because look the security threat matters,” Pruitt said. “What I’ve told them going forward is this: There is a change occurring, you’re going to accommodate the security threats as they exist, you’re going to accommodate those in all ways, alternate ways, up to and including flying coach, and that is what’s going to happen on my very next flight. So those things are happening right away.” 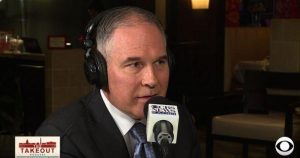 Earlier this week, House Oversight Chairman Trey Gowdy issued a letter to Pruitt demanding records related to his taxpayer-funded travel. Pruitt has said security concerns were raised after unpleasant interactions with other passengers.

Pruitt also told a New Hampshire TV station his staff and security detail made the decision to upgrade his flights after incidents in airports. But now he’s told the staff to find another way to deal with security threats in a way that he can still get cheaper tickets in coach.

EPA spokesman Jahan Wilcox previously said that the administrator had a waiver to fly business or first class on every flight for security reasons. Federal rules say that government employees should consider the least expensive form of travel whenever possible.

Chairman Trey Gowdy wrote that the EPA has to provide that information by March 6.