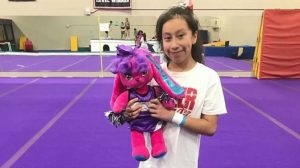 It wasn’t a surprise.  The family of a 12-year old girl killed in a natural gas explosion that destroyed her home in Dallas last month has filed a lawsuit against the gas line operator, Atmos Energy.

The company did not comment. But before the filing of the lawsuit, the firm blamed heavy rains and a unique soil composition for the Feb. 23 tragedy.

However, the lawsuit contends Atmos failed to maintain the gas lines as required by federal and state law and the failure is what led to the deadly blast. The suit also claimed the company’s pipeline system where the explosion occurred is “old to ancient cast iron pipes” and consists of a patchwork of bare steel, coated steel and plastic lines.

Further, the suit accused Atmos Energy of never performing gasline repairs even though it had identified leaks in the Midway Hollow neighborhood as early as Jan. 1.