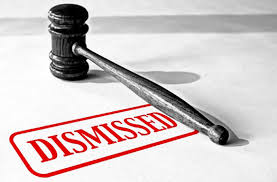 A federal  lawsuit filed by an environmental group against a wind energy company and two wind farms it wants to build near Hinton has been dismissed in Oklahoma City U.S. District Court.

But a lawsuit, re-filed last year by Minco Wind IV LLC and Minco V LLC against the city of Hinton is moving forward with a possible trial to be held in the fall.

The dismissal of the lawsuit by the Scenic Prairie Preservation Association occurred this week and was filed March 26, 2018. The dismissal was without prejudice, meaning there could be a re-filing by the environmental group, should it choose to do so.

Attorney Kimberly Spady, who also represents the city of Hinton in lawsuits over its 2017 ordinance restricting wind farms within 2 miles of the city, represented Scenic Prairie.

“I’m not free to discuss the matter,” she said when asked about it by OK Energy Today. She explained the dismissal was “not related to the city of Hinton.”

A representative of Scenic Prairie, when contacted through the group’s Facebook site referred questions to Spady.

It was in May of last year when Oklahoma City federal judge Stephen P. Friot dismissed the lawsuit filed by the two wind farm companies connected to NextEra Energy Resources LLC. But within a month, the suit was amended and refiled.

The latest court records indicate motions in the case will be due April 1. Discovery is to conclude by mid-October and a non-jury trial is scheduled tentatively for November and could last one to three days.

As OK Energy Today reported in the re-filed lawsuit in February 2018, NextEra Energy contended the city of Hinton did not follow state law in creating a 2015 ordinance to control and regulate wind farms 2 miles outside the city limits. NextEra attorneys claimed documents showed the ordinance was improperly created.