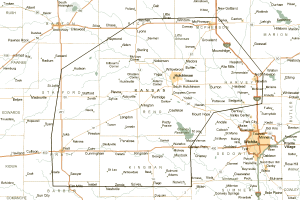 South central Kansas was rattled again by another earthquake over the weekend.

The U.S. Geological Survey said the epicenter was three miles deep. The quake measured 3.1 magnitude initially but was downgraded to 2.8 by the USGS.

It was still strong enough to have been felt by residents in the city of Newton located about 25 miles north of Wichita.

Like Oklahoma, oil and gas activity in southern Kansas is blamed for causing an increase in earthquake activity. The Kansas Corporation Commission has also put restrictions on some wastewater injection wells located near the state line with Oklahoma.