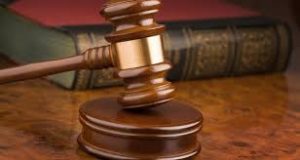 Oklahoman David Benham’s lawsuit that accused a sand and gravel company of illegally discharge dredge and fill material into an Oklahoma Creek has been upheld by the Denver Federal Appeals Court.

The U.S. 10th Circuit Court of Appeals upheld his citizen lawsuit against Ozark Materials  River Rock Company in which the firm was accused of violating the Clean Water Act by polluting the Saline Creek in Mayes County.

At the time of the filing of the 2013 lawsuit, Benham contended he used the creek for recreation and the dredging operations of Ozark Materials  not only interfered with his right but polluted the creek.

His lawsuit claimed the company violated Section  404 of the Clean Water Act which requires a permit from the Army Corps of Engineers to discharge dredge or fill material into navigable waters.

A federal district court judge determined Ozark had violated the law by disturbing more than one-half acre of wetland through the discharge. Ozark was fined $35,000 and under orders to create a restoration plan for the unlawfully filled wetlands.

The ruling led to an appeal by Ozark Materials and the company contended it had not violated federal laws and provided two reports from the Army Corps of Engineers that found no violations.

But the appeals court sided with Benham, noting that the Army Corps of Engineers had not diligently prosecuted any enforcement action against the company and Benham was entitled to bring his citizen lawsuit.

The circuit court also found that Ozark’s deposits of dredge and fill material constitute a “continuing” violation of the Clean Water Act.