Tulsa’s WPX Energy announced Monday it has sold its last holdings in the San Juan Basin’s Gallup oil play for $700 million. But the buyer was not identified. However, the sale is expected to be completed in the first quarter of 2018.

The sale speeds up WPX’s stated deleveraging plans with most of the proceeds going for debt reduction. The company leadership indicated in making the announcement that the $700 million will help the company reduce its net debt/EBITDAX to a target level of 1.5x during 2019.

Once the sale of the Gallup oil play holdings is completed, WPX will have no future commercial obligations in the San Juan Basin covering northwestern New Mexico and parts of southern Colorado. It literally means a total exit by WPX from the Basin.

WPX earlier had divested its legacy natural gas assets in the Basin for $175 million and a gathering system in the basin for $309 million. The company says the exit from the Basin shows its confident in its two remaining core positions in the Delaware in the Permian Basin and the Williston basin. Capital that had been earmarked for the Gallup oil play this year will be reallocated to the Permian and Williston operations. 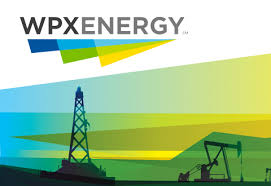 In making the announcement WPX said the buyer will assume any transportation commitments in the San Juan Basin.

“Our bias for action has completely reshaped our story and our outlook, evidenced by the positive trends in our financial results. WPX is opportunistic, disciplined and committed to a strong balance sheet, ample liquidity and ongoing value creation,” Muncrief added.