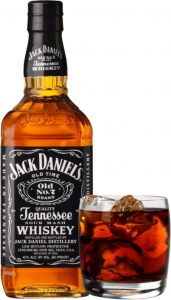 Okay, okay, maybe the company is a little out of Oklahoma’s reach. But anytime a whiskey manufacturer decides to become part of the renewable energy industry, we ought to be interested, right?

Anyone say whiskey? How about the company that makes Jack Daniel’s Tennessee Whiskey, Jack Daniels and Cola, Gentleman Jack, Old Forester, Canadian Mist and Early Times? Oh, that company. Now do we have your attention?

The firm in question is Brown-Forman Corporation and in case you hadn’t heard of it, the firm has been in operation for 150 years and has 4,700 employees and sells its products in more than 165 countries around the globe.

The company has announced a major commitment to getting its electricity from wind power created in Kansas The firm has signed a deal to buy 30 megawatts of electricity a year from Solomon Forks Wind Project, a new wind power farm being constructed by the Infinity Company in northwest Kansas. The farm will generate the equivalent of more than 90% of the whiskey maker’s annual electricity usage in the United States.

The agreement also makes Brown-Forman the first major U.S. spirits and wine producer to commit to a power purchase agreement in the U.S. Under such an agreement, the company is allowed to invest in renewable energy generation on a large scale. It will also provide a stable price for power over the length of the contract which is 15 years. The company will also retain ownership of the resulting renewable energy credits to offset the greenhouse gas emissions from electricity use at its U.S. operations. The electricity generated by the wind farm will then be sold on the wholesale market.

“It takes energy to distill and produce our high quality spirits and wines. This new wind project will add new renewable energy capacity to the grid and demonstrates our commitment to a lower carbon economy. We believe that renewable energy is a prime solution for a sustainable energy future,” said Rob Frederick, Brown-Forman, vice president, corporate responsibility.

The Solomon Forks Wind Project is located on 50,000 acres near Colby in northwestern Kansas. Construction by the Infinity Company  is to begin this year with commercial operation set for 2019. It will be Infinity’s fourth wind farm in Kansas.

Another major company that has signed a purchase agreement with the wind farm is Target. Electricity from the wind farm will power 150 Target stores. Solomon Forks is Target’s second wind energy project.