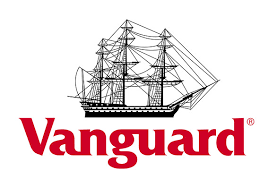 The mutual fund investment company, the Vanguard Group apparently likes what it sees in Devon Energy in Oklahoma City.

A recent Devon Energy filing made with the Securities Exchange Commission revealed the Vanguard Group has acquired more shares and now owns 8.56% of shares in the energy company.

The Pennsylvania firm has 726,630 shares in sole voting power.

Subsidiaries own shares too. The Vanguard Fiduciary Trust Company owns 0.10% while Vanguard Investments of Australia has .07% ownership of shares in Devon Energy.

Vanguard has more than $5 trillion in assets under management, second to BlackRock at $6 million. It is considered to be the largest issuer of mutual funds in the world and the second-largest issuer of exchange-traded funds.

The Vanguard group says its ownership is unique in that the company is owned by its funds and the funds are owned by the shareholders.