New Board Member for NGL While Company Unveils Earnings 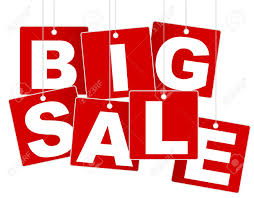 Two years after it was formed, Kingfisher Midstream LLC has been sold in a more than $1 billion dollar deal by ARM Energy Holdings LLC based in Houston.

The announcement follows Silver Run II’s recent announcement that it completed its $3.8 billion business combination with Alta Mesa Holdings, LP (“Alta Mesa”) and Kingfisher. The new company is being renamed Alta Mesa Resources, Inc. (“Alta Mesa Resources”) and its common stock and warrants will trade on the NASDAQ stock exchange under the ticker symbol “AMR” and “AMRRW,” respectively, effective February 12, 2018.

Upon closing, the management teams of Riverstone and Alta Mesa collectively will own approximately 33% of Alta Mesa Resources’ market capitalization and Kingfisher equity holders will own 14%.

ARM Energy’s CEO Zach Lee said, “We are pleased to have completed our transaction with Silver Run II, Riverstone and Alta Mesa, and look forward to maintaining a shareholder position in Alta Mesa Resources as well as maintaining our relationship with our existing financial partner, HPS Investment Partners. We are delighted by the successes Kingfisher has achieved in such a short timeframe and proud of the great assets we have built.”

Lee added, “ARM Energy’s in-depth fundamentals analysis provided us with the early insight to identify the STACK play as a successful region that would be profitable well before the area gained momentum with the greater midstream market. The Kingfisher system is galvanizing interest from numerous producers in the STACK play that understand and appreciate the value the system brings to their businesses.”