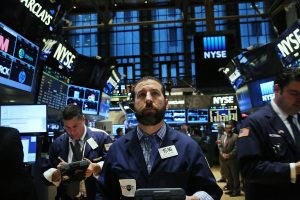 Buybacks of shares by oil and gas companies are getting the attention of industry observers.  As oil prices climb, oil companies are buying back shares they had sold earlier.  It not only means fewer shares in the marketplace but an increase in the value of those shares.

ONEOK Inc. is one of them doing the buybacks in recent weeks. As OK Energy Today reported earlier in February, the company agreed to buy back the outstanding stake in its ONEOK Partners in a $9.3 billion deal to recombine the Tulsa-based natural gas giant. The deal won’t close until sometime in the second quarter of 2018.

Under the deal, ONEOK Inc. will issue nearly 169 million shares to buy back the nearly 172 million outstanding ONEOK Partners units.

Those kind of buybacks grabbed the recent attention of Alex Mills, former President of the Texas Alliance of Energy Producers. He wrote in the Texas Energy Report.

“The Wall Street Journal reported this week that publicly-held North American energy producers survived the recent oil bust in large part by selling more than $60 billion of new stock. Now they’re beginning to buy it back.

“The buybacks reflect oil prices that have climbed enough for them to drill profitably and shareholders who have urged companies to focus more on the bottom line,” reporters Ryan Dezemer and Allison Sider stated. “It also suggests that energy producers think their shares, which have lagged behind the broader market, are underpriced.

“Buying back stock reduces the number of shares in the market, boosting the value of those remaining. Doing so is a reversal from the past three years when energy producers pumped new stock into the market to raise cash so they could pay down debt and keep rigs drilling.”

The culmination of these two factors are allowing publicly held oil companies to buy back these share sold during a time when oil prices were low forcing producers to cut costs and restructure their debt obligations.

The story cited the announcement of one of the nation’s largest independents, Pioneer Natural Resources based in Irving, TX., to quadruple its semiannual dividend to 16 cents a share and buy back $100 million of its shares to negate the dilutive effects of a similar amount of stock awarded this year to employees. Pioneer sold nearly $2 billion of new stock to bolster its balance sheet during the downturn.

ConocoPhillips also announced it would buy back $2 billion worth of its shares, up from an earlier plan to take $1.5 billion off the market.