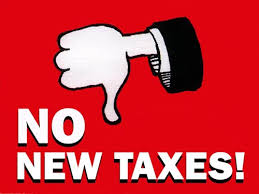 Saying the recent SoonerPoll that showed Step Up Oklahoma and its tax hike proposals had a majority of support of Oklahoma was one sided, an anti-tax hike group is out with its own polling results.

John Collison, President of the group No New Oklahoma Taxes contends most voters feel just the opposite and don’t support any tax hikes to fix the state government budget crisis. If anything, they support cuts in state agencies and making government more efficient by streamlining and consolidating operations.

“I along with many others have grave concern about the polling—-using questions intended to produce only a one-sided representation,” said Collison in releasing the results of his 1Q online poll to OK Energy Today. “We wanted to get a better and more grassroots analysis of the electorate and their opinions on taxes and industry.”

The poll showed opposite results of how Oklahomans feel about raising taxes to fix the crisis.

“When accurately polled, the clear majority of Oklahoma taxpayers stand firm in our opposition against any new taxes that hurt hard-working Oklahomans paychecks and targets any industry in our state, ranging from oil and gas to wind to coal to railroads,” said Collison. 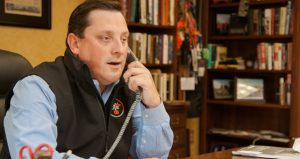 The 1Q online poll found more than 76% of those who responded  were against raising taxes to fix the government shortfall. Another 84% said the state should fix the problem by making state government more efficient through streamlining and consolidation of operations.

At least 85% said the state should look for more waste to solve the $30 million misspending scandal that hit the Oklahoma Department of Health. Only 17.5 % said they supported raising taxes to fix the problem.

The poll also asked respondents whether legislators should target certain industries to fix the budget or work more toward balancing the budget. Of those who responded, 82 percent said “balance the budget” while the rest said the state should punish and tax industries.

Collison and others behind No New Oklahoma Taxes are former top officials of the Oklahoma Farm Bureau and recently funded a new advertising campaign against Step Up Oklahoma and its plans.

“Tell your legislator to vote no to new taxes,” said the ad.

Collison is a former vice president of strategic operations and development at the Farm Bureau. Monica Wilke, former executive director of the Farm  Bureau incorporated the group as a tax-exempt social welfare organization.