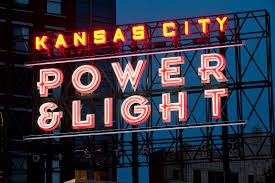 Missouri customers of Kansas City Power and Light could be getting millions in savings in their utility bills, just like those proposed for PSO customers in Oklahoma…thanks to the new federal tax law.

KCPL and KCPL Greater Missouri Operations Company, subsidiaries of Great Plains Energy Incorporated filed recent rate updates. The companies are asking to pass along to customers 100% of the savings resulting from the Tax Cut and Jobs Act signed into law in December 2017 by President Trump. It took effect Jan. 1, 2018.

The requests, if approved could result in $65 million in savings for customers in Missouri. KCPL plans to make a similar request for Kansas customers later in the spring.

KCPL wants a 1% rate hike for its Missouri customers but only after the savings from the Tax Cut and Jobs Act are taken into account. But for KCPL-GMO customers, the company is asking for a 0.3% rate decrease to its base rates.

Since a typical rate request takes about 11 months in Missouri, any changes in the rates won’t be felt by customers until late December 2018. If approved, the average residential customer in the KCPL-Missouri area could see a $3 a month change and customers in the KCPL-GMO area would see a $2 a month change.