Step Up Oklahoma Proposal in Jeopardy in House 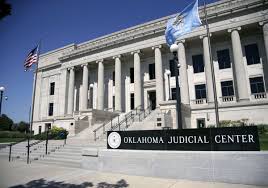 The Oklahoma Supreme Court has set Feb. 28 as the date to hear the appeal of Tulsa-based Citizen Energy II in its fight to drill some wells in the city limits of Mustang.

The hearing will begin at 10:30 a.m. as the energy firm fights a temporary injunction granted the city of Mustang by a Canadian County District Judge in December 2017.

The order prevented the firm from drilling two wells it originally had permission to drill. But Citizen Energy, in  its appeal of Judge Paul Hesse’s order called it “arbitrary and capricious.” The drilling firm contends the city of Mustang went beyond its authority under state law in creating restrictions on the firm in order to begin its exploration.

One of the requirements was the construction of a 16-foot noise barrier around the perimeter of the drilling sites.   Citizen Energy also claims the city made it clear at a hearing last fall that the city vowed to take steps to prevent the drilling within the city limits.

The Supreme Court is being asked by Citizen Energy to lift the injunction granted by Judge Hesse and do so immediately because the company’s oil and gas leases are at reported risk of lapsing.