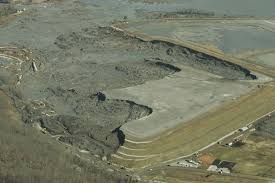 As the State of Oklahoma proposes to take the lead in enforcement of coal ash permitting in the state, the Oklahoma Sierra Club is concerned state budget funding challenges might be too much for the state to handle.

It was the claim of Johnson Bridgwater, President of the State Sierra Club who was one of those who spoke during a public hearing held this week by the U.S.  Environmental Protection Agency in Oklahoma City.

“We feel the state of Oklahoma is making a request to do something it is inadequately funded to do,”  he said in an interview with The Oklahoman. “We already have known environmental issues related to coal ash that have never been properly dealt with.”

The Sierra Club wants the EPA to deny the state’s request.

But the Department of Environmental Quality disagrees with Bridgwater’s claims.

“The DEQ has expertise and knowledge about local issues that a federal agency doesn’t have. We have direct enforcement capabilities where we can respond to concerns and issue notices of violation. We can resolve issues directly,” responded Patrick Riley,environmental programs manager at the DEQ.

“We feel like we did our due diligence and put together a good program. We certainly feet we have the ability to carry it out,” she said.

In question is the handling of coal ash—what’s left of the burning of coal. Much of it is located around the southeastern Oklahoma town of Bokoshe.  A massive coal ash dump site is located there in a former coal mine but the coal ash has been the subject of health concerns raised by residents.  Many contend it has led to a high cancer rate of those who live in and around the community.

The EPA does not plan any more public hearings on the proposal and will accept written public comment through March 15.