Senators Show It’s Not All One-sided Politics in Washington 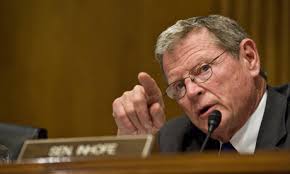 Joining with a Democratic U.S. Senator from Rhode Island,  Sen. Jim Inhofe of Oklahoma says the time is right to close the infrastructure gap in the U.S. The two said both sides of the aisle want to see improvements.

Writing in the Wall Street Journal this week, Sen. Inhofe and Sen. Sheldon Whitehouse said it is time to listen to President Trump who said in his state of the union address who unveiled a bipartisan infrastructure package. 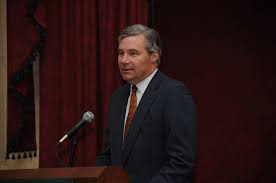 “If you believe the news reports on partisan bickering in Washington, this bipartisan approach might seem impossible. But we know that it can, and will, happen, ” wrote the Senators.

Both are members of the Senate Environment and Public Works Committee where some of the largest and bipartisan legislation has been passed.

“The two of us believe that state and local leaders should identify and select the projects that are most needed in their communities. There is no one-size-fits-all federal solution for infrastructure. Local communities know best what they need, whether it’s to upgrade a wastewater facility in Warren, R.I., or repair a levee in Tulsa, Okla.”

Both suggested money should be designated for rural projects.

“The time is right to close the infrastructure gap. America’s economy is strong and poised to continue growing if Congress can work together to make smart decisions. In the past few weeks we’ve heard a lot from our colleagues, Republicans and Democrats alike, about their respective priorities. The path to success is to start with shared goals,” said Inhofe and Whitehouse.

“One way to provide greater autonomy to cities and states would be to expand existing bipartisan programs. The Transportation Infrastructure Finance and Innovation Act of 1998 helps communities obtain low-interest loans to maintain roads or build a new highway. This program should be opened up to other forms of infrastructure, such as airports and inland waterways.”

They admitted it’s a long road ahead to come up with a comprehensive and bipartisan infrastructure bill, but expressed optimism.

“There are many policy areas about which Republicans and Democrats will need to debate and compromise, but that doesn’t deter us. We believe in getting results for the American people—and that starts with finding common ground,” concluded the Senators.