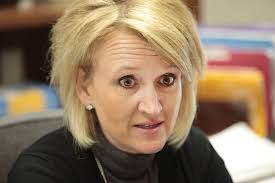 Just as the Oklahoma Energy Index reported this week an improvement in the state’s economy because of a stronger oil and gas industry, the state echoed the sentiments in its announcement of January General  Revenue Fund collections.

However, the figures also showed a mix of growth and decline for the industry. They showed the industry is still not fully recovered from the downward trend of prices that started in 2014.

Collections for the month increased 8.6 percent over the monthly estimate, according to Denise Northrup, Director of the Office Management and Enterprise Services. The collections totaled $596 million, which was $47.2 million over the estimate. Plus, the total was 18.0 percent or $90.8 million higher than the collections in January 2017.

While some in the state legislature want to increase the gross production tax on oil and gas, collections for January were $26.89 million or 11 percent below the estimate. However, they were also $15.3 million or 132.7 percent above January of last year.

Oil collections for the month totaled $4.4 million but they were $8.5 million or 65.7 percent below the estimate. However,  they were $2.6o million or 138.9 percent over the previous year.

“It is a good sign that we have been surpassing the estimate consistently for the past few months, but I’m not ready to declare that the state has totally recovered from the energy downturn,” said Office of Management and Enterprise Services Director Denise Northrup. “I know others have been significantly more celebratory about recent returns, but we have a long way to make up from the multi-year downturns to show we are back on track.”

“Looking forward, February has historically been our lowest collection month of the year going all the way back nearly 20 years. January collections have traditionally helped to offset any cash flow issues that might arise from February’s low returns, but keep in mind when praising the modest increase in January that this money will be balancing out low returns next month,” Northrup said.

“Additionally, it bears mentioning that we still haven’t fully funded FY 2018 and we’re already over halfway through the fiscal year, so there is still much work to be done,” Northrup reiterated.

Collections on the motor vehicle tax totaled $17.9 million. That’s $1.8 million or 9 percent below the estimate and also 8.4 percent under the previous year.