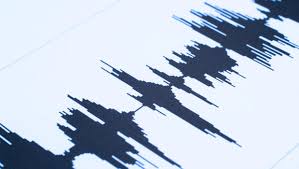 State regulators and scientists have started taking a long serious look at a recent increase in earthquakes around Perry.  As OK Energy Today reported this week,  earthquakes have rattled the area in recent days. With some reaching magnitude 3.8 and 3.7, at least five have been recorded west of Perry.

The U.S. Geological Center said all five were located in a region about 14 miles southwest of Perry. They also had depths of 2 to 3.5 miles underground and started shaking the area last Wednesday and continued through the weekend.

It has the Oklahoma Corporation Commission wondering if more regulation is needed of wastewater injection wells.

He explained the Commission is reviewing wastewater injection well information on about 20 Arbuckle formation wells in Garfield, Logan and Noble counties.

“We’ve been looking at it, but it started in earnest (Wednesday) because of the grouping of the quakes,” Skinner said.

“It’s nothing that’s out of the ordinary,” Walter said. “We just tend to have these earthquakes cluster like this.”

He said there had been previous activity on a fault close to Perry about 4 years ago.

While regulators and the others are taking  a serious look at the latest quakes, OGS Director Jeremy Boak said the average number of daily quakes is still down from a few years ago. He said the average of those quakes magnitude 2.5 or greater is now about three per day compared to the nearly eleven recorded a few years ago prior to regulators targeting wastewater injection wells.

“I’m not sure what’s going on,” Boak said. “The injection seems to be continuing downward, but slower now. So it’s a little bit hard to figure out what the trend is going to be.