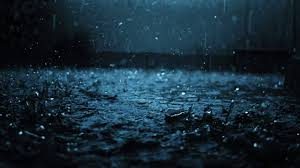 This week’s ice and rain have prompted a change in the state’s burn ban. Lt. Gov. Todd Lamb announced the ban is no longer 52 counties but 16 in the western part of the state where very little moisture was received.

While southeastern Oklahoma got as much as 9 inches of rainfall, the Panhandle and the far northwest received nothing. The latest burn ban is in effect past the original deadline of midnight March 2.

“Drought conditions remain in western Oklahoma and the threat of wildfire remains a concern in those counties, a concern I witnessed firsthand about a year ago when hundreds of thousands of acres were burned and many of our farm families suffered devastating losses,” said Lamb, who is acting governor while Governor Mary Fallin is attending Council of Governors and National Governors Association meetings in Washington, D.C. “The moisture we received in parts of the state has given us a reprieve, but our fire season is definitely not over.”

An ongoing analysis of conditions is conducted by Oklahoma Forestry Services (OFS) to make recommendations to the governor’s office. This includes analysis of fire activity, wildland fuel conditions, and the predicted continued drought. Long-range forecasts are calling for a winter/spring fire season to continue until April.

“Though several counties are not covered by burn bans, conditions are still conducive to sustaining wildland fire,” said George Geissler, Oklahoma state forester. “I ask all Oklahomans to be very cautious with activities that could spark a wildfire such as grilling, campfires, or any other outdoor burning. We aren’t out of the woods yet.”

“We are still in our winter fire season, and we could find ourselves right back in high fire danger within a week or so,” said Geissler. “The rain just gave firefighters a break from the extreme fire behavior that necessitated the burn ban.”

Unlawful activities under the ban include campfires, bonfires, and setting fire to any forest, grass, woods, wildlands or marshes, as well as igniting fireworks, or burning trash or other materials outdoors.

LPG and natural gas grills and charcoal-fired cooking outside in a grilling receptacle are permitted, provided the activity is conducted over a non-flammable surface and at least 5 feet from flammable vegetation, but any fire resulting from grilling or use of one of the cookers or stoves is still considered an illegal fire.