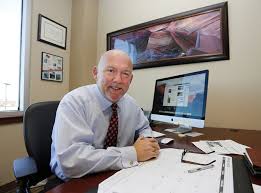 The head of the Oklahoma Independent Petroleum Association is telling legislators his group is willing to work toward a state government budget solution. But Oklahoma Independent Petroleum Association President Tim Wigley also warned that increasing taxes only on the oil and gas industry will “make the state more dependent on volatile oil and natural gas prices.”

“The oil and natural gas industry accounts for roughly 25 percent of the state’s tax revenue,” Wigley said. “We don’t have a revenue problem because oil and natural gas producers don’t pay enough taxes, we have a revenue problem because the taxes we pay are tied to a volatile commodity that saw a historic decline two years ago.”

In a statement issued Monday, Wigley said the industry wants the state to fund education at appropriate levels and for teachers to be paid better.

“But they can’t be the only ones asked to shoulder the load,” added the OIPA President.

He said  his group opposed raising gross production taxes on oil and gas in the 2017 legislative session because “oil and natural gas producers had been the only industry included in proposed revenue measures.”

The group changed its stance when Step Up Oklahoma recently came out with new proposed tax increases.

The trade association supported Step Up Oklahoma, which included an increase in the initial rate to 4 percent, because other industries were included in the proposal, primarily the wind industry and tribal gaming.

Wigley said the oil and natural gas industry has proven to be the state’s strongest supporter in times of budget difficulties, shouldering tax increases and the removal of long-standing tax rebates.

The issue of raising the gross production tax has been the subject of debate in the legislature for at least the past two sessions.

In 2016, the Legislature passed legislation to place a cap on the oil and natural gas rebate for economically at-risk wells, raising an additional $110 million in revenue from the oil and natural gas industry to help balance the budget. In 2010, when the state faced an almost 20 percent budget shortfall, the industry agreed to defer payments for the existing tax provisions for 24 months, giving lawmakers an additional $150 million to allocate to state agencies.

In the 2017 legislative session, wells drilled under the now-defunct 1 percent gross production tax program were increased to 4 percent for the remainder of their 48 months and were then increased to 7 percent in a following special session. Lawmakers that year also repealed all remaining oil and natural gas tax provisions put in place in the 1990s.