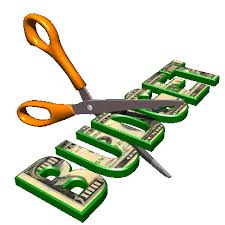 Days after the state House in Oklahoma defeated Step Up Oklahoma’s tax hike plan to fix the government budget crisis, legislators approved a move to cut state agency budgets by 2 percent through June.

Legislators could not get support on Monday to increase taxes on oil and gas, fuel and cigarettes, so a Joint Committee on Appropriations and Budget met Thursday and approved a measure to cut monthly agency spending by 2 percent for the remaining four months of the fiscal year 2018 budget.

Legislative leaders contend the cuts will free up $44 million and the bill will be heard on the House and Senate floors next week, according to a report in the Tulsa World.

Senate Appropriations chairwoman Kim David, a Republican from Porter said the cuts will be across the board if House Bill 1020XX is approved by the House and Senate. 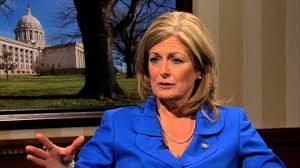 The failure of the Step Up Oklahoma plan drew a response from State Treasurer Ken Miller.

“While it’s disappointing this vote failed and dashed any hope of properly funding core services this year, there is reason for optimism,” he stated in his monthly Oklahoma Economic Report. “A broad coalition of our most dedicated and altruistic has risen and it’s doubtful one set back will deter their resolve.”

“While ideology has driven some to oppose these revenue increases at all costs, others seem intent on scoring political points by letting chaos prevail,” he added. 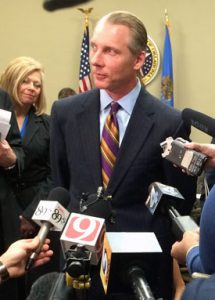 He correctly predicted that legislators would turn to making across-the-board cuts in the current fiscal year.

“To many, the current outlook appears dark, but it could be that with the forces that have been unleashed, the opposing sides will eventually come together and find a solution,” said Miller.