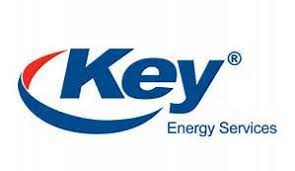 The company blamed the cost of adding crews and equipment in the quarter but also indicated consolidated revenues were up 5%.

“We also had another consecutive quarter of double-digit revenue growth in our Coiled Tubing Services segment and had nine coiled tubing units deployed by the end of the fourth quarter of 2017, ” said Robert Drummond, Key’s President and Chief Executive Officer. “The impact of adding crews and equipment as we prepared to meet rising demand for our services negatively impacted our margins in the fourth quarter.”

Still, the results for the quarter included a gain of $4 million or $0.20 a share associated with the cancellation of some equity awards and a $0.6 million or $0.03 per share gain on the sale of assets. Key Energy said excluding that item, the company had a pre-tax loss of $27.4 million or $1.34 a share.

“With activity increasing and labor tightening, we began to pursue price increases across all of our lines of business. While some price increases were implemented during the fourth quarter and thus far in the first quarter, we do not expect to begin to fully benefit from these actions until late in the first quarter. We expect a full quarter’s benefit from price in the second quarter,” added Drummond.

The company emerged from bankruptcy just 14 months ago. Over the past year it completed its exit of international operations and reported a loss of $0.4 million in the fourth quarter of 2017 because of the company’s liquidation of remaining legal entities.