Judge Dismisses Lawsuits Against Some State Agencies in an Energy Lawsuit 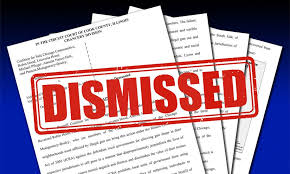 The Oklahoma City energy consulting firm that sued 66 state agencies over an alleged breach of contract has already dropped some of the agencies as defendants.

Filed in December,the lawsuit by Engineered Systems and Energy Solutions Inc. claimed the state cancelled its contract after two years. The firm had been hired to assist the state in lowering energy bills.

A check of records in Oklahoma County District Court where the suit was filed, CJ-2017-6627, indicates that seven of the agencies have been dismissed as defendants. The dismissals began in early January and the first applied to the Oklahoma Municipal Power Authority. The University of Central Oklahoma was dismissed as a defendant on Jan. 5 followed by Western State College and Seminole State College on Jan. 22.

A day later, the University of Sciences and Arts of Oklahoma in Chickasha was dismissed,  also with prejudice. Murray State College was dropped on Jan.  24 and the Oklahoma Space Industry Authority won dismissal on Jan. 30. Several of the other state agencies have applied to have the suit dismissed but the judge in the case, Lisa T. Davis has yet to rule on their requests.

The Oklahoma Office of Management Enterprise Services maintains the energy consulting firm has not followed proper procedure in fighting the contract that led to the lawsuit.

OMES contends Engineered Systems and Energy Solutions Inc. is “bound by the administrative procedure expressly agree to in the contract.

“Only after its administrative appeal is denied by OMES can Plaintiff bring its claim  before this court,” stated OMES in its response to the lawsuit.

As the lawsuit pointed out, the company was hired as a direct result of Senate Bill 1096 signed into law by Gov.Mary Fallin on May 8, 2012. It directed all state agencies and higher education institutions to “achieve at least a 20 percent energy consumption savings by fiscal year 2020 when compared to the 2012 fiscal year utility expenditures.”

Engineered Systems and Energy Solutions contracted with the state in 2014 to implement the energy conservation program called “20×2020.” But the contract was canceled in April 2016 by the Oklahoma Office of Management and Enterprise Services. However Energy Solutions maintains it is still owed nearly $996,000. The largest amount is more than $341,000 owed by the University of Oklahoma Health Sciences Center. Northeastern State University owes $176,000. The Department of Corrections reportedly owes about $83,000 while Cameron University’s bill is nearly $34,000.