ONEOK Gets a Major Investor 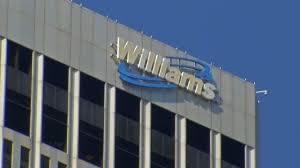 Tulsa’s Williams Companies Inc. announced it not only had a net income off $1.687 billion in the 4th quarter of 2017 but it increased its adjusted earnings to $1.160 billion for the entire year.

For the year, Williams reported unaudited net income of $2.174 billion, a favorable change of $2.598 billion over the corresponding 12-month reporting period in 2016. The improvement was driven primarily by the net impact of the Tax Reform Act.

The company released its earnings report on Wednesday said the earnings increased despite $3 billion  in asset sales since September 2016. The company also lowered its corporate debt by $500 million while its Williams Partners made a nearly $2.1 billion debt reduction for the year. It also increased the consolidated cash at Williams Partners by $700 million.

The Williams Companies had corporate level debt of $4.4 billion at the end of 2017 while Williams Partners reported $16.56 billion in debt.

Some of the improvement in 2017 earnings was due to a $1.095 billion gain linked to the company’s sale of its ownership interest in the Geismar olefins facility. It also had higher revenues from  Williams Partners’ Atlantic-Gulf business.

“We achieved these impressive results, which include improvement in year-over-year Adjusted EBITDA for both fourth-quarter and full-year 2017, in spite of the impact of multiple hurricanes and more than $3 billion in asset sales since September 2016. Our stable foundation of demand-driven expansions continues to grow our business. In 2018, we look forward to a full year of revenue from our ‘Big 5’ as well as contributions from our Atlantic Sunrise project later this year and the associated growth in Northeast gathering volumes.