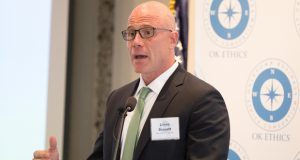 Four months after Icahn forced the company to call off its $746 million purchase of a Denver, Colorado firm, the company took the action this week against Bennett.

Bennett will get about $26.6 million in severance, according to a report in The Oklahoman. He was fired without cause, according to a SandRidge Energy filing with the Securities and Exchange Commission.

Both Bennett and Bott are being let go following a discussion by the board of directors. Their departures came about two years after SandRidge emerged from Chapter 11 bankruptcy protection in October 2016. While Bennett will get nearly $27 million in severance, Bott will get $10.3 million. 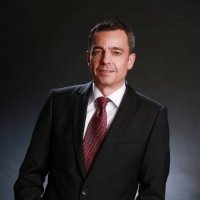 Before he was forced out, Bennett had time to send an email to company employees.

“Over the past seven years, we have worked together to build a culture that reflected our values, and, moreover, the belief that we could build a business that could thrive for decades,” Bennett said in an email notice. “As a team, we committed ourselves to nurturing a culture of safety, accountability, innovation, respect and transparency. In the face of numerous challenges in our industry and significant hurdles in our path, our team remained committed and focused. It is a rare thing to have the opportunity to work alongside people who are a source of such inspiration; I am grateful to have served such a dedicated team.”

Chosen to replace Bennett is independent director William M. Griffin Jr. who will serve as interim CEO until a successor is named. Griffin will be paid $70,000 a month and according to the SEC filing, will be eligible for a bonus of up to 50 percent of his salary if certain requirements are met.

The dumping of Bennett and Bott isn’t the only significant move taken by the company. The SandRidge directors cut the company’s drilling budget, going from $247 million last year to about $190 million for 2018. The company plans to have only one drilling rig in Oklahoma’s STACK and one in Colorado’s North Park Basin.

The board of directors also slashed administrative costs by a third, dropping to about $39 million a year.

“At these new levels of expense, G&A will have been cut by more than half since the company’s emergence from bankruptcy in October 2016,” the directors said in notifying shareholders.

Word of the actions were sent by letter to shareholders on Friday. And it came apparently as a result of the recent pressure by Icahn and another investor, Fir Tree Partners. Fir Tree is the company’s second largest shareholder with 8.3 percent. Both were against the Colorado energy deal and convinced SandRidge leadership to back out of the purchase. And they were critical of Bennett’s leadership and the bonuses he had received.

The SandRidge directors apparently got the message and indicated in the letter that the announcement of the major leadership changes wouldn’t be the last. The directors promised to offer more communications with shareholders about any company movement, “delivering on our pledge to carefully consider concerns voiced by shareholders and to develop, implement and communicate plans of action.”

What to watch for in the future?  How will SandRidge’s new leadership and board of directors handle the offer to merge with Tulsa-based Midstates Petroleum Company.

Fir Tree Partners is not only the second-largest shareholder at SandRidge but it also controls 25 percent of Midstates.