How Will Oklahoma’s No. 2 Wind Power Ranking Affect Legislators? 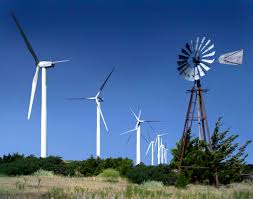 With the start of the 2018 session of the Oklahoma legislature,the state’s wind industry is left wondering how legislators might treat them and their taxes as the state wrestles with a budget crisis.

Mark Yates, Director of the Wind Coalition in Oklahoma admits he has some concerns but also told OK Energy Today he’s confident legislators will “do the right thing at the end of the day.”

But he also knows that the 2018 legislative session will begin with news this week that Oklahoma is now ranked No. 2 in the nation for its wind-powered electricity capacity. The state overcame Iowa and is behind only Texas. It is a fact that legislators will have to consider if they call or demand for a change in the tax structure of the wind industry.

“It’s an amazing feat,” said Yates. “It puts us in a very good situation as far as diversity in our energy sector. It puts us on the national stage to be able to offer Fortune 500 companies that have a desire for renewable energy mix, that we have the ability to offer to anyone whatever their energy needs are….we have that here in Oklahoma.” 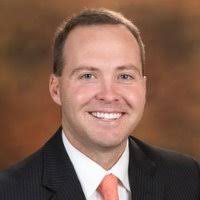 And he hopes the news falls on the ears of legislators who are critical of the wind industry, although Yates did not name names.

“As we move into the legislative session, obviously our elected officials have to understand this is what we want in  Oklahoma—to create more diversity within our economy,” continued Yates. “Now is the time to take our energy resources and go recruit more takers of that energy and bring more investment to the state—bring more jobs to the state.”

“As we look to create tax policy and tax structure, we have to be fair and reasonable—we have to look at all energy sources and how we’re taxed,” cautioned Yates who previously worked on the public policy division of the Oklahoma Farm Bureau.

The wind industry has invested $20 billion in Oklahoma, according to Yates who says the issue at the legislature is a matter of educating legislators about the investments and jobs.

“And making clear of the direct relationship between property taxes we pay just like all other types and the impact that has had not only at county levels but also for school districts in the 23 counties in which we’ve invested.”

“So to change the wind tax structure, we’re really talking about a broader conversation of changing the tax structure of all types of generation.”

Some want the wind industry to come under a gross production tax similar to the oil and gas industry.

“We have said that we think that would be detrimental to the local level. To change the tax structure also impacts the local economy and local level” said Yates.  “We’re willing to have that dialogue, but I think our elected officials need to know that’s definitely going to have an impact.”

Yates maintains the wind industry already pays from 2.5 to 5 times what oil and gas pays in a GPT structure.

“A lot of elected officials are starting to learn, we’re already averaging 10 percent GPT on the average ad valorem we pay today,” he said.

It wasn’t too long ago when some leaders in the oil and gas industry took to using billboards to attack the wind industry. And it worked in convincing some lawmakers to removing financial incentives for wind-farm developers. Has the atmosphere changed or improved since then?

“I’d like to think it’s improved. But I still think all the rhetoric we hear about infighting between the industries, it’s to the detriment of Oklahoma,”  commented Yates. “It’s unfortunate we have some in the state who’ve created political controversies to deflect maybe from their own tax structure.”

He wouldn’t identify those who are creating such controversies.

“We need to be embracing all forms of energy. It’s really difficult when you compare oil and gas to power generation. It’s not the same. It’s unfortunate that’s rhetoric and a false premise.”

Listen to the interview with Yates.