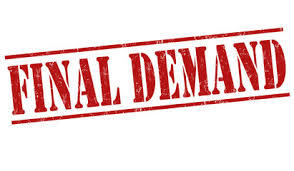 Oklahoma U.S. Rep. Frank Lucas and other members of a House committee have found themselves at odds with the Department of Homeland Security in a flap over orders to remove Kaspersky Lab software from their computer systems.

Lucas and Oklahoma Rep. Jim Bridenstine sit on the House Science, Space and Technology Committee.  While Bridenstine has been nominated to be the chief Administrator of NASA, he has not been taking part in most hearings held by the House committees no which he sits. Lucas is vice chairman of the committee.

But committee chairman Lamar Smith, a Republican from Texas recently sent a letter to the Homeland Security Department demanding a complete response to the committee’s Dec. 5 request for a list of government agencies that have complied with the ban of Kaspersky software.

In the letter, he threatened the use of compulsory process to obtain the documents related to the DHS Binding Operational Director 17-01. And he made it clear a lawsuit by Kaspersky Lab against the DHS would not be allowed as an excuse.

” Pending litigation is not a basis for declining to fully comply with the December 5, 2017, request for documents and information,” wrote the congressman. “The federal government must leverage all available resources to ensure that Kaspersky products have been completely removed from federal systems.”

Rep. Smith said the committee would be forced to take other action if it did not get a response.

“Given the serious nature of these concerns related to the Committee’s broader goal of uncovering all risks associated with Kaspersky, the Committee expects a full and complete response from the Department, including the requested briefing and production of the requested documents and communications, so that the Committee can fulfill its oversight responsibilities,” said Smith.

The committee sent a letter Dec. 5 requesting more documents from DHS. It was mailed days before President Trump signed into law legislation that banned the use of Kaspersky Lab within the U.S. Government. The new law came after months of work in congress to purge the Moscow-based antivirus firm from federal agencies over concerns it was vulnerable to Kremlin influence.