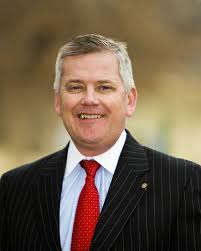 The governor thanked Doak for his visionary efforts the past seven years as insurance commissioner, such as organizing the National Tornado Summit held in Oklahoma City the past seven years. Doak, elected in 2010, is term-limited and cannot seek re-election this year.

The tornado summit is an annual disaster preparedness conference for insurance professionals, emergency managers and meteorologists. Nearly 6,000 from across the country have attended the seminars, including about 700 this year.

“We may never have the technology to predict exactly when and where tornadoes will strike, but we can be prepared by having these conferences that bring together first responders, meteorologist, civic and state officials, and insurance adjusters,” said Fallin. “From all over the nation, we can all learn from each other how to better prepare for and recover from tornadoes and other natural catastrophes.”

The governor thanked Doak for transforming Oklahoma’s insurance department by sending out staff across the state to educate citizens before disaster strikes and to offer assistance after it does.

“Your staff has responded to tornadoes, earthquakes, wildfires and ice storms to help victims quickly recover from catastrophe,” Fallin said. 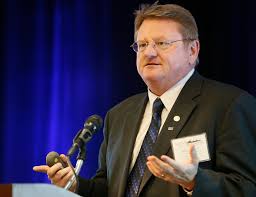 “During that time, he has overseen the distribution of more than $1 billion in federal and state aid following dozens of presidentially declared disasters, including the bombing of the Alfred P. Murrah Federal Building on April 19, 1995, where he headed forward operations for the first three days of the incident before turning his attention to recovery efforts,” Fallin said. “After the September 11, 2001, terrorists attacks, Albert spent two weeks at ground zero helping establish and implement debris removal operations at the request of New York’s governor. His accomplishments and accolades are numerous, and the state of Oklahoma is grateful for his dedicated service and leadership.”

Ashwood has been a state employee for 30 years. He is retiring Sept. 1.