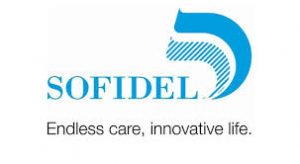 The site of the abandoned BlackFox nuclear power plant in eastern Oklahoma is about to become the location for a $350 million paper plant.

An Italian-based firm, Sofidel America has announced plans to locate a new plant near Inola.  And this week, demolition crews were busy removing foundations of buildings that were never built at the BlackFox site. 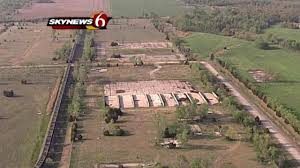 News on 6 in Tulsa reports the Sofidel project will involve 500 construction jobs and 300 permanent jobs.

The company, founded in 1966 in Italy by two brothers, already has a large warehouse in Catoosa.  The new plant will convert large paper rolls into finished products for shipment.

“It’s kind of like Christmas,” said Scott Roy, president of the Chamber of Commerce in Inola. “You’ve got the packages and you can tear off the corner and reveal part of it, but you can’t really unveil everything.”

In other words, he can’t spill all of the beans about the project.

“We actually have a good amount of welders, fabricators and a lot of people who will qualify for these jobs coming in and right now they’re having to drive to Catoosa or Sapulpa to work,” added Roy.

News on 6 reported its sources indicate the new plant will cover 50 acres under one roof.  The company purchased 240 acres from Public Service of Oklahoma and the going price was more than $1 million.

Groundbreaking is set to be held in a month and construction will take about 18 months.

While Sofidel was founded 50 years ago, Sofidel America was created in 2012 when the parent company purchased Cellynne Tissue Company which had operations in 7 states, including Oklahoma.

Sofidel has at least a dozen subsidiaries with other operations in Germany, Greece, Hungry, Spain, turkey, Romania, Poland, Sweden and the United Kingdom.