New Managers Named at Prairie Oil and Gas in Norman 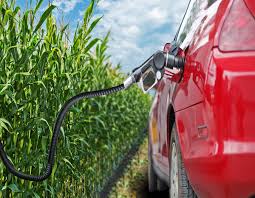 Some farm groups are at odds with President Trump in the fight over the Renewable Fuel Standard.  It was the subject of a meeting this week where EPA Administrator Scott Pruitt and Ag Secretary Sonny Perdue were on hand at the White House.

Ron Hays with the Radio Oklahoma Network’s Oklahoma Farm Report indicated several farm groups have sent a letter  to the President urging him to keep the standards as they are and not change them.

The letter calls out Texas Senator Ted Cruz and his efforts to discredit the value of the Renewable Fuel Standard and his championing of a bankrupt refiner in Philadelphia where he made an appearance last week. Cruz and other lawmakers are expected to be in a meeting with the President about the RFS- and the letter written by the six ag groups is an effort to weigh in on the charges made by Senator Cruz. The Tuesday meeting is an effort to bring together key lawmakers and Cabinet members to discuss escalating tensions over the RFS between oil industry and ethanol industry interests.