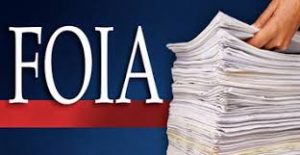 Oklahoma State Auditor and Inspector Gary Jones apparently has a different opinion about the way contracts were handled by the Trust created to handle the relocation of homes and businesses at the Tar Creek Superfund site.

He thinks there might have been criminal wrongdoing. But the Tulsa World reported over the weekend that a federal investigator concluded otherwise.  The paper said a 2013 report by the Environmental Protection Agency’s Office of Inspector General claimed there were no irregularities or violations of law concerning the handling of the bids and contracts at Tar Creek in northeast Oklahoma.

The paper quoted the investigator from the report.

“Extensive record reviews and interviews were conducted and did not disclose evidence to support the allegations,” Special Agent Susan Chandler wrote in the OIG report.

The OIG report was initially obtained by a member of the Lead-Impacted Communities Relocation Assistance Trust  in 2014.

Jones still contends his report should be released to the public.

“If the attorney general thinks the auditor and inspector’s office did shoddy work, I’d think he’d want the public to see it,” Jones told the paper last week.

The OIG report lists 15 allegations against LICRAT and project engineer Jack Dalrymple. The World reported they deal with claims that Dalrymple and perhaps trust members conspired to rig the bidding process on a $3 million contract to remove and dispose of abandoned buildings and otherwise rehabilitate the Tar Creek site.

Dalrymple told the newspaper he thinks the Auditor and Inspector’s report should be made public and he’s not afraid of its release, adding, “I can tell you every single person on that trust was honest and true.”