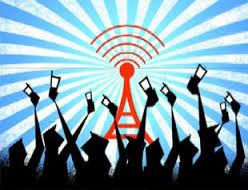 Land in Oklahoma won’t be included, the U.S. Department of Interior plans to hold the country’s largest oil and gas lease sale next month.

The government plans to offer 77.3 million acres offshore Texas, Louisiana, Mississippi, Alabama and Florida for oil and gas exploration and development on March 21, 2018. The sale will include all available unleased areas in federal waters of the Gulf of Mexico as part of President Trump’s “America-First Offshore Energy Strategy.”

Known as Lease Sale 250, it will be livestreamed from New Orleans.  Nearly 15,000 unleased blocks located from three to 231 miles offshore will be auctioned. They are located in the Gulf’s Western, Central and Eastern planning areas and the depths range from nine to more than 11,000 feet.

Successful bidders have to promise to protect the environment and the financial terms range from 12.5 percent royalty for leases in less than 656 feet of water to 18.75 for other leases.