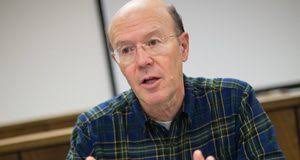 Oklahoma Corporation Commissioner Bob Anthony is praising the move by the commission in recent days to create a $31 million favorable rate adjustment to PSO.

The Company had originally applied for a $169 million rate increase but the OCC’s final order determined instead a $111 million increase. The original request was lowered by $31 million because of savings from lower corporate income taxes that took effect January 1, 2018.

“PSO customers will now participate in an annual savings on their electricity rates due to the $31 million favorable rate adjustment related to the recent Tax Cuts and Jobs Act,” said Anthony. “In other words, PSO ratepayers will immediately get to share in the ongoing windfall gain from the lower 2018 federal corporate income tax rates.”

Anthony was a big supporter of the tax plan and urged the commission to consider the impact last fall.

“In my opinion, the tax benefit realized by ratepayers results from a cooperative spirit by the utility company, and it became possible at the later stages of this rate case due to the efforts of all the parties, especially the Attorney General and Oklahoma Industrial Energy Consumers,” added Anthony.