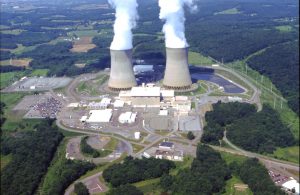 Oklahoma Congressman Markwayne Mullin and other members of a House Energy Subcommittee will explore the country’s nuclear supply chain and international nuclear market opportunities in a hearing this week.

The Energy and Commerce Committee’s subcommittee on Energy will hold the hearing February 6 and hear from at least 9 witnesses. 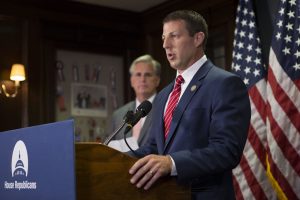 Oklahoma U.S. Sen. Jim Inhofe has been an outspoken supporter of encouraging more nuclear power development in the U.S. However, the U.S. Energy Information Administration forecasts “global nuclear capacity will grow at an average annual rate of 1.6 percent from 2016 through 2040 led predominately by countries outside the Organization for Economic Cooperation and Development.”

Most of the growth will be led by China and India. China has 19 reactors under construction while India has six.

Some members of the energy subcommittee are expected to explore the national security implications associated with U.S. nuclear leadership, the outlook for domestic and international development of nuclear energy and challenges and opportunities about maintaining the components of a domestic nuclear fuel cycle.

The hearing will begin at 9 a.m. Oklahoma time on Tuesday, Feb. 6.