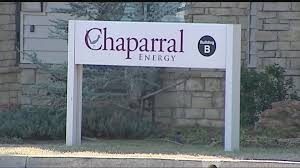 Oklahoma City-based Chaparral Energy is out with an operations update and including what it anticipates for 2018.

The company said its STACK production grew by 38 percent in the fourth quarter of 2017 compared to a year earlier.  Its year-end 2017 proved reserves were increased to 76.3 million barrels of oil equivalent which represented a 36 percent increase of the 2016 proved reserved.

As a result of increased production, Chaparral Energy is boosting its 2018 capital expenditures to nearly $155 million.

“We are tremendously pleased with the company’s performance in 2017, including the continued progression of our transition to a pure-play STACK operator,” said Earl Reynolds, Chief Executive Officer.

He said the company accomplished several strategic objects in the fourth quarter including the sale of its EOR assets and moving forward in a drilling joint venture with Bayou City Energy.

“Which will help to accelerate value creation of our STACK play, as well as a bolt-on acquisition in the heart of the play in Kingfisher County,” added Reynolds. “Completing these transformational objects allows us to focus our capital resources exclusively on the development of our approximately 117,000 net acre position in Oklahoma’s highly economic STACK play, particularly on our core assets in Kingfisher, Canadian and Garfield counties.”

The company operated two drilling rigs in the fourth quarter and they were dedicated to the joint venture with Bayou City Energy. But a third rig was added this year.

Chaparral intends on focusing the entire nearly $155 million capital expenditures budget in the STACK play. It plans to drill 61 wells in the year including 35 gross operated wells and 26 joint venture wells. The operated drilling program will be focused in Garfield and Canadian counties. The company also plans to drill wells in Kingfisher county of which a minimum of five wells will be drilled in recently-acquired acreage.

The joint venture drilling program with Bayou began late last year and will give the company an opportunity to further develop its Garfield and Canadian County acreage.  Chaparral intends to complete the current 30-well program this year with activity focused in the Osage and Meramec formations in the two counties.

The company is also hoping its STACK production will be increased in 2018.