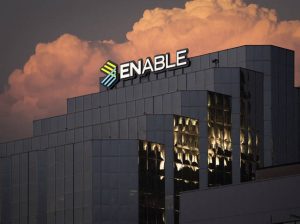 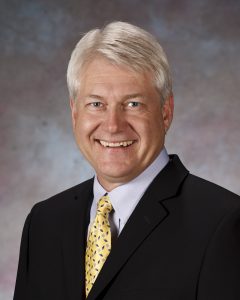 “2017 marked an exceptional year of financial and operational performance, driven by our high-quality customer base, strategically-located midstream assets and dedicated employees,” said Enable Midstream President and CEO Rod Sailor. “For 2017, we exceeded our guidance for net income, Adjusted EBITDA and DCF while funding a meaningful portion of our capital investment program with internally generated cash flows.

Enable reported growth in its per-day natural gas gathered volumes in the fourth quarter of 2017. As of Feb. 5, 2018, the company had 49 rigs across the company’s footprint drilling wells expected to soon be connected to Enable’s gathering systems. Thirty-five rigs were in the Anadarko Basin, 10 in the Ark-La-Tex Basin, two in the Arkoma Basin and two in the Williston Basin.

Enable was recently awarded a 10-year, fee-based natural gas gathering contract with approximately 138,000 gross acres of dedication in the Arkoma Basin. This contract will support drilling activity that is primarily focused on dry gas areas of the Arkoma Woodford Shale.

Enable Gas Transmission, LLC (EGT) entered into a 3-year, 100,000 dekatherms per day (Dth/d) firm transportation agreement with an Anadarko Basin producer. This transportation agreement provides access to delivery points on the west side of the EGT system that connect to downstream markets in the West and Midwest. The new contract contributes to Enable’s 1.1 billion cubic feet per day (Bcf/d) of contracted market solutions for growing SCOOP and STACK production since 2015, including the CaSE, Line AD Expansion and Bradley Lateral projects on EGT and Project Wildcat in Enable’s Gathering and Processing segment. Intrastate transportation deliveries also increased in the fourth quarter of 2017 as a result of the continued supply growth in the Anadarko Basin.

Enable’s previously announced Wildcat, CaSE and Muskogee projects remain on schedule. Project Wildcat, a 400 million cubic feet per day (MMcf/d) rich natural gas takeaway solution from the Anadarko Basin to North Texas, is expected to be in service by the end of the second quarter of 2018. The CaSE project, a 205,000 Dth/d firm natural gas transportation solution for growing Anadarko Basin production, is expected to be fully in service by the fourth quarter of 2018. The Muskogee project, a 20-year, 228,000 Dth/d firm transportation service agreement with Oklahoma Gas and Electric on the Enable Oklahoma Intrastate Transmission (EOIT) system, is expected to commence service in late 2018.

Higher average NGL prices and processed volumes in the Anadarko Basin and the Ark-La-Tex Basins led to increased revenues from the gathering and processing segment. It totaled $657 million for the ending quarter, an increase of $192 million from a year earlier.