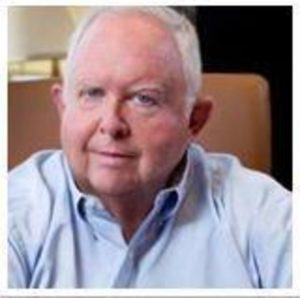 A published report indicates the Oklahoma State Bureau of Investigation suggests the wind industry might have hired a Texas political consultant to track an Oklahoma legislator known for opposing wind companies.

George Shipley, 70 has been subpoenaed to testify next week before an Oklahoma multi-county grand jury, according to a Wednesday report in The Oklahoman.

The paper quoted an OSBI affidavit that Shipley’s offices in Austin, Texas are at the same address for the Wind Coalition. Known as Dr. Dirt, Shipley allegedly was hired to do research on Rep. Mark McBride, a Republican from Moore.

It was in December when McBride claimed to have found an electronic tracking device put on his pickup truck. In a police report, he blamed the wind industry.

When asked about it earlier this year, Jeffrey Clark, President of the Wind Coalition denied any involvement.

“I feel confident that this industry would not be a party to any kind of illegal activity,” he said. He could not be reached for comment on this latest development.

OSBI Special Agent Steve Tanner, in a court affidavit explained that Rep. McBride “was attempting to write legislation to tax wind energy companies because he felt those companies could pay more taxes to Oklahoma.”

“Through an internet search…I learned the ‘Wind Coalition’ offices at the same address as Mr. Shipley, 919 Congress Ave…Austin, Texas.”

The Oklahoman reported Clark and Shipley are friends on Facebook. In Texas, Shipley is a well known political consultant who became known as Dr. Dirt for his skill at conducting opposition research for his clients.

His company is called Shipley and Associates.

The Wind Coalition has had a number of addresses in Austin, a review of records by The Oklahoman found. It could not be immediately determined whether it still has offices in the same building as Shipley’s company.

Shipley might be under investigation by the OSBI and the multi-county grand jury for possible violation of the Oklahoma Computer Crimes Act.

The OSBI agent revealed in the court affidavit that he is investigating the case as “a threat” against McBride. He also revealed he is looking into a possible violation of the Oklahoma Computer Crimes Act.

A hearing will be held by a Texas judge on Friday to determine if Shipley has to comply with the Oklahoma subpoena.