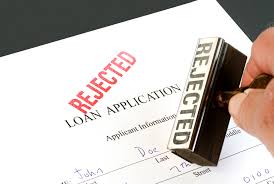 So much for the $41.5 million assets sale announced just a few weeks ago by Samson Oil and Gas Limited.

The Australian-based company with much of its U.S. focus in Colorado, Wyoming, Montana and North Dakota announced the prospective buyer couldn’t get the financing.

The deal with Firehawk Oil and Gas LLC of Denver was announced in January. Firehawk intended to buy Samson’s Foreman Butte project, the largest areal oil field in Samson’s portfolio. It represented nearly all of Samson’s assets.

Also known as the Home Run Field it involved production in two counties in North Dakota, three in Montana and the Mississippian Madison Formation in the Williston Basin.

In recent days, Firehawk indicated it wanted to proceed with the transaction at the stated price and terms, but was unable to complete the financing. The two companies had hoped to wrap up the sale by March 1.

The financial failure has now forced Samson to move ahead with a previously proposed $30 million refinancing.  The new funding will allow the company to restart its development drilling program. If things don’t work out, Samson indicated it might elect to pursue another asset sale.