129 Straight Days Without Rain for Panhandle 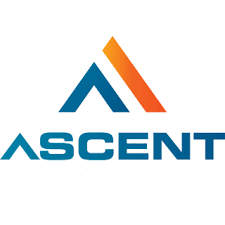 Oklahoma City’s Ascent Resources Marcellus Holdings LLC and its subsidiaries have landed in bankruptcy court.  The companies filed for Chapter 11 reorganization in the U.S. District Court of Delaware and said they owe between $1 billion and $10 billion to between 200 and 999 creditors.

Ascent was one of the companies founded by the late fracking pioneer Aubrey McClendon who was killed in a traffic crash in 2016. McClendon created Ascent and other companies after he was ousted in 2013 from Chesapeake Energy Corp.

At least 78 percent of those first-line creditors have signed off on the negotiated plan of reorganization. Seventy-nine percent of the second lien loan holders have agreed to it as well. The bankruptcy reorganization could take 45 to 60 days to complete.

“Upon emergence from bankruptcy, a new board of directors will be appointed for the ARM Entities, including one director appointed by the current equity owners, and the ARM Entities will enter into a new management services agreement with Ascent Resources Management Services, LLC, whereby the existing management team will continue to manage the day-to-day operations of the ARM Entities,” stated the company in announcing the voluntary bankruptcy action.

“The ARM Restructuring is not an operational restructuring and is not intended to restructure or compromise any vendor, service provider, contractor, lessor, working interest owner or royalty owner obligations,” added the firm.

Ascent Resources was created by McClendon to focus drilling operations in the Marcellus Shale. It owns and has the right to develop nearly 43,000 net acres in northern West Virginia.