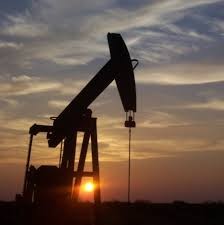 Crude oil prices finished higher on Thursday, largely in part to a big drop in domestic inventory, according to Bloomberg MarketWatch.

On the New York Mercantile Exchange, February West Texas Intermediate crude added 38 cents, or 0.6%, to settle at $62.01 a barrel, marking the highest futures settlement since December of 2014.

The U.S. Energy Information Administration reported Thursday that U.S. crude oil supplies fell by 7.4 million barrels for the week ending December 29. The EIA report revealed it was larger than the forecast for a decline of 5.7 million barrels from analysts surveyed by S&P Global Platts. On Wednesday, the American Petroleum Institute had reported a drop of 5 million barrels.

The recent cold snap contributed to a decline of 206 billion cubic feet in domestic natural gas supplies for the week ending December 29, according to an EIA report. The decline was less than the 219 billion drop expected by analysts polled by S&P Global Platts, but much larger than the five-year average withdrawal of 99 billion.

“As weather outlooks moderate as we move into mid-January, the rally in natural gas has hit the pause button,” said Matt Smith, director commodity research at ClipperData. “Today’s whopper of a withdrawal had already been priced in, as well as an even larger one next week.”