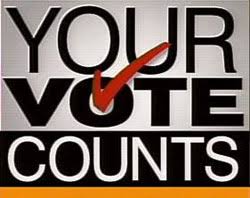 While they’re awaiting a date to return for a second special legislative session and about to begin the 2018 regular session, legislators are wondering the impact of endorsements by oil and gas groups of a plan to raise gross production taxes.

The increase in taxes was proposed by Step Up Oklahoma, the newly-formed group of civic and business leaders. It was endorsed last week by the Oklahoma Oil and Gas Association as well as the Oklahoma Independent Petroleum Association.

“This Step Up plan actually taxes the oil and gas industry more than the plan we tried to pass back in November that the same two groups adamantly opposed,” said Rep. Jason Dunnington, a Democrat interviewed over the weekend on News 9’s Your Vote Counts with Scott Mitchell.

“Had many of these groups stepped forward in November, then we would have passed the recurring revenue we needed months ago and been on the path to a better Oklahoma,” added Dunnington.

Republican Rep. Mike Sanders agreed but also applauded the move of the wind industry to support Step Up Oklahoma.

“I thought they brought a very interesting and intriguing proposal.  They were asked to bring $15 million to the table. They’re actually bringing close to $50 million and that’s going to be hard to say no to,” said Sanders.