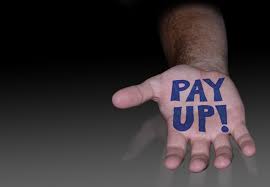 While energy groups have come out in support of the tax-hike proposals from the civic and business group called Step Up Oklahoma, at least two GOP gubernatorial candidates are against them.

Former US Attorney Gary Richardson of Tulsa and Kevin Stitt, a Tulsa businessman are against what Step Up has proposed, according to a Thursday report in The Oklahoman.

Richardson was critical of the group, telling the paper, “A much more appropriate title for this absurd plan would be ‘Pay Up Oklahoma’.”

The plan includes increases of the gross production tax on oil and gas as a way of financing $5,000 annual pay raises for school teachers.

Neither Richardson nor Stitt said they could support raising taxes for the state government as a way to fix the budget crisis.

“I’m shocked to see people calling themselves Republicans while advocating for the largest tax increase in the history of Oklahoma,” added Richardson.

As for Stitt, “I respect the business people who developed the Step Up Oklahoma package, but I do not believe an $800 million tax increase is the answer to fixing a broken state government.”

He said Oklahomans he has met with during town hall meetings across the state are against tax increases.

“While I like elements of Step Up Oklahoma’s reforms, I believe we must start by recruiting new leaders, not more career politicians, to serve in various levels of government for a season or else we are going to keep getting the same results,” added Stitt.