Opponents Give Up Fight Against Power Line Project in Northern Missouri

Energy Transfer Deals With Another Pipeline Lawsuit and Protest 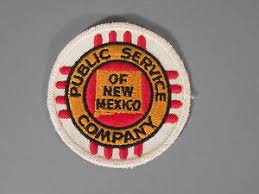 New Mexico regulators could take up this week a proposed smaller rate hike for customers of Public Service Co. of New Mexico.

Last week, some expressed frustration over the continued debate.

“This commission is tired of what has gone on here,” chairman Sandy Jones declared. She and commissioners Patrick Lyons and Lynda Lovejoy voted for the smaller rate while Valerie Espinoza and Cynthia Hall were against it.

What brought about the frustration was the effort to take up the coal investment question at a later date.

Public Service had originally asked for a 14 percent hike but it was reduced, then cut even further because of the federal federal tax overhaul.

A new group emerged at the meeting. Called New Energy Economy, the environment group opposed that part of the agreement pertaining to the coal investments.

“It’s not OK for PNM to come in, cry wolf and say ‘Gosh,it’s going to hurt our business.’ If they wanted to do things in a prudent fashion under your laws, we wouldn’t be here,” argued Mariel Nanasi, executive director of the New Energy Economy.