Opponents Give Up Fight Against Power Line Project in Northern Missouri 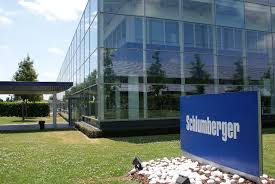 Known as the world’s largest oilfield services provider, Schlumberger will get its chance to take its patent fight to the U.S. Supreme Court.

The Court agreed recently to hear the company’s argument that companies should be allow to recover profits lost because of patent infringement when patented technology is used overseas.

Schlumberger, with large operations near El Reno has been in a fight with rival ION Geophysical Corp after ION infringed on Schlumberger technology that searches for oil and gas beneath the ocean floor. A lower court federal court ruling barred Schlumberger from recovering more than 493 million in foreign contracts the company claimed to have lost as a result of the infringement.

Schlumberger’s subsidiary WesternGeco owns four patents that help identify oil and gas drilling sites. After ION developed a competing system and sold it abroad, WesternGeco sued in 2009 and a federal jury in Houston found ION had infringed the patents. The jury awarded $12.5 million in royalties and $93.4 million in lost profits. But a Washington based U.S. Court of Appeals for the Federal Circuit overturned the decision in 2015, prompting Schlumberger to head to the Supreme Court.