SandRidge Energy leaders are telling activist investor Carl Icahn they will  not make changes in the board of directors as he has demanded. And they oppose his efforts regarding a poison pill effort to take control of the company.

The company announced its decision in a statement and letter to shareholders.

“After careful deliberation, the Board has decided that it is not in the best interests of all shareholders to accept Mr. Icahn’s proposal to replace two of the five directors with unnamed directors designated by Mr. Icahn and potentially other large shareholders,” said the statement. 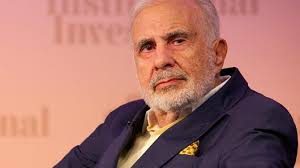 “The Board believes that changes to the composition of the Board of Directors and other major governance changes, as proposed by Mr. .Icahn, should be made with the fully informed approval of a majority of all of the Company’s shareholders, rather than at the behest of one,” continued the statement.

It was Jan. 9 when Icahn called for two of five directors to resign and be replaced by new directors chosen by shareholders. One would be of his choosing. His call came after he successfully forced SandRidge to pull out of a $746 million purchase of Bonanza Creek Energy in  Colorado.

“We will have grave concerns about many of the things this board of directors has permitted to happen at SandRidge,” said Icahn in his early-January letter that is on file with the Securities Exchange Commission.

Icahn became an investor after SandRidge emerged from a 2016 chapter 11 bankruptcy.

The company’s board of directors also announced it would not support another of Icahn’s demand regarding a poison pill trigger threshold. The board said it would oppose his call to increase the threshold