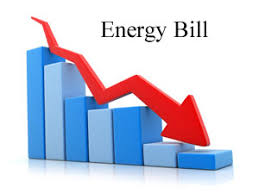 The recommendations came Thursday after the Commission held hearings on the formal motion filed by Hunter to have utility rates lowered as a result of the federal tax reforms. The rates, approved by Congress in 2017 and signed into law by President Trump officially took effect on Monday.

Judges in five separate hearings recommended that savings to Oklahoma Gas and Electric, Public Service Company of Oklahoma, Oklahoma Natural Gas, CenterPoint Energy and Arkansas Oklahoma Gas be subject to rebates to their customers, according to Dara Derryberry, Deputy Attorney General. The commission’s staff was instructed by the judges to prepare orders by Friday.

Attorney General Hunter contends the savings from the drop of the highest corporate income tax rate from 35 percent to 21 percent could be more than $100 million a year.

Corporation Commissioner Anthony first brought it to the attention of the commission in November as the legislation was working its way through Congress as first reported by OKEnergyToday.

“We’re all watching our budgets but electric bills are very significant and this plan could result in significant savings also to State government,” said Anthony in explaining his proposal to Commissioners Dana Murphy and Todd Hiett. “It will also have a direct benefit to customers.”