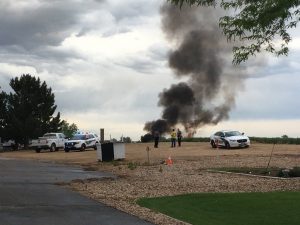 With the Oklahoma drilling rig explosion that claimed the lives of five men last week near Quinton fresh in the minds of the oil and gas industry, the federal government has cited four oil and gas industry employers over a deadly 2017 blast in Colorado.

One worker was killed in an explosion and fire and three others suffered third-degree burns in the May 2017 incident near Mead, Colorado. The workers were merging two tank batteries into a single tank battery operated by Anadarko.  OSHA inspectors found that flammable vapors or gases ignited as the employees worked near pipes connected to a crude oil tank.

Each company has held an informal conference with OSHA’s Denver Area Office to discuss and attempt to resolve the citations.