Oklahoma Energy Taxes Aren’t as Low as Some Claim 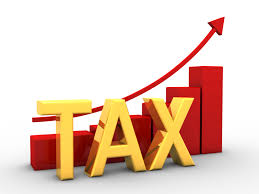 Those who attended the 2018 Oklahoma Energy Summit held this week at the State Capitol were told by one economist that the state’s energy tax rates are above average—-not less than some politicians have claimed in the debates over raising gross production taxes. It might have been something that Democratic lawmakers  and Step Up Oklahoma didn’t want to hear.

Economist Mark Snead made it clear, “We are not a low-tax state.” He released a study that indicated the broader energy picture clearly shows the oil and gas industry in Oklahoma endures tax rates near the average among oil-producing states.

“We are toward the high end,and raising severance taxes even further pushes us toward being noncompetive, the area where we could be considered an extremely high tax state,” said Snead.

His study, financed by the Oklahoma Oil and Gas Association supported arguments of oil and gas groups that opposed raising gross production taxes as pushed by legislators in the debate over solving state government’s budget crisis.

“It’s almost as if the Legislature is being asked to budget section by section. You can’t look at severance taxes and ignore the rest or the budget. They’re all joined,” said Snead.

The economist not only studied gross production taxes and ad valorem taxes to reach his conclusion but also reviewed the share of personal income and sales taxes paid by workers in the oil and gas industry. He also included self-employed business operators.

His study reviewed the taxing methods and systems in 16 states. What he found was that yes, Oklahoma’s gross production tax is among the lowest in the U.S. but the state ranks No. 8 of 16 with a total effective rate of 10.6 percent when all four major tax streams are included.

Snead said changes made by the state legislature in the past year will push Oklahoma to No.5 with a rate of 12.1 percent in the 2018 tax year. By 2019, Oklahoma’s energy rate will be up to 12.5 percent. And if taxes are increased as proposed by the newly-formed civic group Step Up Oklahoma, the state’s oil and gas production rate will be 13.1 percent The proposed increase from 2 to 4 percent for the first 36 months of new producing wells will rate Oklahoma at No. 3 among oil and gas producing states.

If the rest of Step Up Oklahoma’s plan is approved, one increase to 7 percent on all wells after 36 months of production, it will jump Oklahoma to 14.4 percent or No. 2, right behind Louisiana.