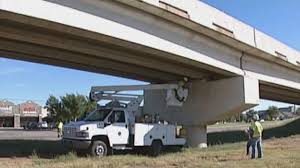 Leaders at the Oklahoma Department of Transportation are no doubt anxious as the 2018 session of the Oklahoma Legislature begins in a few days.  That’s because they wonder if funding will be approved to allow the DOT to continue its rate of replacing unsafe bridges. 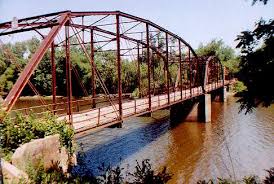 Ranked as one of the worst states on the national list of structurally deficient bridges, Oklahoma had 1,168 unsafe bridges in December 2004.  That represented a full 17% of all highway bridges in the state.  As the DOT pointed out, in the same year, Texas ranked “near the best in the nation with less than 2% of their (sic) more than 32,000 bridges classified as structurally deficient.”

But that was the wakeup call for Oklahoma.

“With the passage of House Bill 1078 in 2005, which initiated the Rebuilding Oklahoma Access and Driver Safety (ROADS) fund, a more diverse funding pool has been brought to bear,” stated the DOT. “As a result, Oklahoma’s structurally deficient bridge numbers are expected to drop to near zero by the end of the decade.”

Oklahoma had 706 unsafe bridges at the end of 2010.  At the end of 2016, the count was down to 251 and the Federal Highway Administration indicated Oklahoma was “on track to have 1% or fewer of all highway bridges rated structurally deficient by the end of the decade.”

The above graphic shows the culmination of a bold and visionary plan unveiled by Governor Fallin that will virtually eliminate Oklahoma’s bridge structural deficiencies. Governor Fallin challenged the Department to prepare an aggressive investment strategy to alleviate the condition of these bridges within an eight year window and then worked with the Legislature to ensure a funding solution was in place.