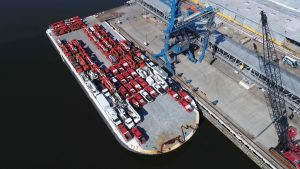 OGE trucks are finally making their long slow ocean voyage to Puerto Rico where crews will begin working to restore electric power to the island ravaged by a fall hurricane.

The utility tweeted over the weekend that 50 of its trucks were loaded on a barge. It would take an estimated 12 days to make the 1,900 mile journey. 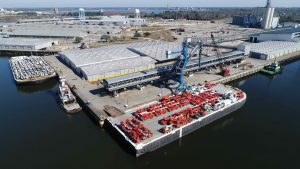 OGE will be working in the Arecibo region which is on the north side of Puerto Rico. Crews will work alongside those from Oncor and Center Point Energy.

Arecibo is the largest municipality in Puerto Rico by area and is about 50 miles west of the capital of San Juan. Until July 2016, it was home to the Arecibo Observatory, the world’s largest radio telescope.